Race and Equality in the Workplace

25th May 2021 marked the first anniversary of the murder of George Floyd, an African American man killed in police custody. It was a pivotal moment that shook the world and the Black Lives Matter (BLM) movement gained worldwide recognition, gaining 24 million visitors to the Black Lives Matter Global Network Foundation (BLMGNF) website in the second half of 2020 alone. The killing highlighted the issue of racism in institutions and society, in not just the United States, but across the globe. Demand for change came from actors, athletes, politicians, governments, and industries throughout the world.

In consequence of the BLM movement, corporations around the world, including those within the insurance industry applied increased focus to institutional racism and overt prejudice.

On 20 May, an online event ‘Black Lives Matter – The Great Reset for the Insurance Industry’ was hosted by the Insurance Cultural Awareness Network (i-CAN) and the African-Caribbean Insurance Network (ACIN), both of which aim to support and promote multicultural inclusion within the UK insurance sector. Junior Garba, a founding member of the ACIN, said the ACIN has seen “a shift towards bringing Diversity, Equality and Inclusion (DE&I) into the forefront of conversations”. “This has been categorised by DE&I being recognised as its own independent workstream with its own dedicated budget and business plans”.

This is encouraging, and there have been many positives as a result of this shift. For example, firms are driving change through diverse recruitment at junior and senior levels; D&I grants have been put in place to partner with organisations that promote ethnic diversity and create opportunities for talent in under-presented groups.

Some insurance firms have taken significant steps in capturing the right information around DE&I and have become signatories of the UK government’s Race at Work Charter, introducing a number of initiatives to support its five calls to action for leaders and organisations across all sectors:

The Charter – Five Calls to Action

Executive Sponsors for Race provide visible leadership on race and ethnicity in their organisation and can drive key actions such as setting targets for ethnic minority representation, briefing recruitment agencies, and supporting mentoring and sponsorship.

Capturing ethnicity data is important to establishing a baseline and measuring progress. It is also a crucial step towards an organisation being able to report on ethnicity pay.

The Race at Work Survey revealed that 25% of ethnic minority employees reported that they had witnessed or experienced racial harassment or bullying from managers. Commitment from the top is needed to achieve change.

Actions can include ensuring that performance objectives for leaders and managers cover their responsibilities to support fairness for all staff.

Actions can include embedding mentoring, reverse mentoring, and sponsorship in their organisations.

What needs to change?

Action is happening and has happened due to the dialogue around DE&I, which has been growing and amplifying for many years. Indeed, i-CAN and the ACIN polled seventeen of their sponsors from the London Market and found;

Momentum towards DE&I is undoubtedly growing. The recently formed Race Action through Leadership (RATL) has established the initiative of bringing together senior insurance leaders of colour to create a stronger voice to influence the industry, particularly its most senior leaders. The RATL aims to influence the increased representation of Black, Asian, Mixed, and other Minority Ethnic professionals at all levels of the insurance industry. The concept there is to get all of those chairs and CEOs to agree on a few actions at a time that will be taken consistently.

DE&I is not an easy landscape to navigate, and often employees, managers and HR can find discussions and initiative for DE&I challenging.

DE&I should be treated as any change management process.

Significant steps have been made to address DE&I within the insurance industry; however, there is still a long way to go to gain parity. In a survey of 7,500 professionals, conducted by Robert Walters, two in five (42 per cent) black professionals said in the last year they had not received a pay increase after negotiation – double the number of white employees. This increased to three in five (63 per cent) for black women.  The UK gender pay gap is at its lowest level ever. The current government have stated they are committed to ensuring the pay gap is eliminated in a generation.  With increased focus on the inequalities within industries the hope is the pay gap between ethnic minorities and white staff is also eliminated.

Diversity, equality and inclusion are increasingly viewed as regulatory issues and we can expect more attention from the regulator in this area in the future, as a recent speech by FCA CEO Nikil Rathi suggests.

If you would like assistance and support designing your recruitment strategy and process, DE&I strategy, or compensation policy IHRS is here is to help. Contact me at lfindlay@ihrsolutions.co.uk or call direct on 07874 860814 or call our helpline on 01604 709509 or visit our website. 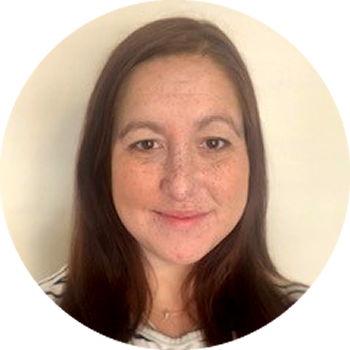 I am a qualified HR professional with 20 years’ experience with financial services, the majority of which has been within insurance. I have recently joined IHRS as a Senior HR Consultant and I am thrilled to be working with Katherine and her team. I practice a flexible and commercial approach to HR and am familiar working with multi-site HR requirements. I am highly organised and believe forward thinking and planning allows us to be dynamic in an ever-changing business world.

Episode 5 of the Insurance HR Solutions (IHRS) podcast is now live. Katherine Watkins is joined by our own Andy Payne to discuss the latest trends in training and the need to ensure the insurance industry is more widely recognised as a profession. Listen via the link below or search for ‘The IHRS Podcast” on …

After what has been a very turbulent year for everyone, we are delighted to announce that we are beginning a phased return to face-to-face learning. Details for all up-coming face-to-face sessions can be found on this page. Our 2021 face-to-face sessions will be held at Sutton Specialist Risks Ltd, Bull Wharf, Redcliff Street, Bristol, …